Request a Call Back

Looking for help? Request a call back 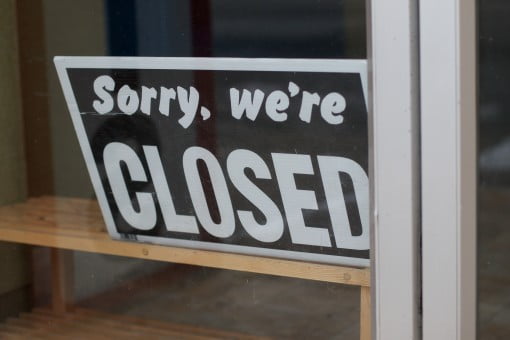 I often get asked to quote for a Members Voluntary Liquidation, when the net asset position is less than £25,000.  I find that with these amounts, the costs of the MVL procedure will outweigh any tax benefits.

In this article I attempt to explain what people should do if they find themselves in this position.

In the old days, there was an Extra Statutory Concession, that was available for when the asset position was below £25,000.  Extra Statutory Concession C16 (ESC C16) was available until 1 March 2012 with the purpose of allowing shareholders of solvent companies which were surplus to requirements, to get funds out using striking off method, whilst still obtaining the tax benefits which legally were only available under a members voluntary liquidation (MVL).   Through this concession, HMRC would allow you to have capital gains tax treatment under a striking off, providing you met certain criteria and had obtained clearance from HM Revenue and Customs.

If upon strike off, the company funds are below £25,000, the shareholder will automatically be taxed on this as a capital gain (no application to HM Revenue & Customs (HMRC) for advance clearance is required). However, if the funds are above £25,000, the whole amount will be taxed as dividends. This will be at the dividend rates in accordance with your income amounts.

ABC Limited has paid all its liabilities and is left with £22,000 in the bank.  It has one shareholder (who is also the director – we will call him Alan).

What I suggest you do, is make sure you do all your HMRC returns to the date you cease to trade

If the amount is under £25,000 when you have done all of this, then pay the monies into your bank and apply for the company to be struck off.

To strike off the company, it is just a case of following the advice on the gov.uk website.

If a MVL procedure is not used, this would be classed as dividend income.

By using a MVL procedure, the costs would be approximately £2,000, and the tax rate (providing the shareholder qualifies for Business Asset Disposal Relief (previously known as entrepreneur relief) the tax that Alan would pay would be:

If you are considering closing your solvent company and wish to discuss how to do this (whether to use a MVL procedure or not), would be happy to look at this for you.  We will only carry out an MVL if you will benefit from this.

Request a Call Back

Looking for help? Request a call back

We use cookies on our website to give you the most relevant experience by remembering your preferences and repeat visits. By clicking “Accept”, you consent to the use of ALL the cookies. However you may visit Cookie Settings to provide a controlled consent.
Cookie settingsACCEPT
Manage consent

This website uses cookies to improve your experience while you navigate through the website. Out of these cookies, the cookies that are categorized as necessary are stored on your browser as they are essential for the working of basic functionalities of the website. We also use third-party cookies that help us analyze and understand how you use this website. These cookies will be stored in your browser only with your consent. You also have the option to opt-out of these cookies. But opting out of some of these cookies may have an effect on your browsing experience.
Necessary Always Enabled
Necessary cookies are absolutely essential for the website to function properly. These cookies ensure basic functionalities and security features of the website, anonymously.
Analytics
Analytical cookies are used to understand how visitors interact with the website. These cookies help provide information on metrics the number of visitors, bounce rate, traffic source, etc.
Advertisement
Advertisement cookies are used to provide visitors with relevant ads and marketing campaigns. These cookies track visitors across websites and collect information to provide customized ads.
Others
Other uncategorized cookies are those that are being analyzed and have not been classified into a category as yet.
Save & Accept
Powered by